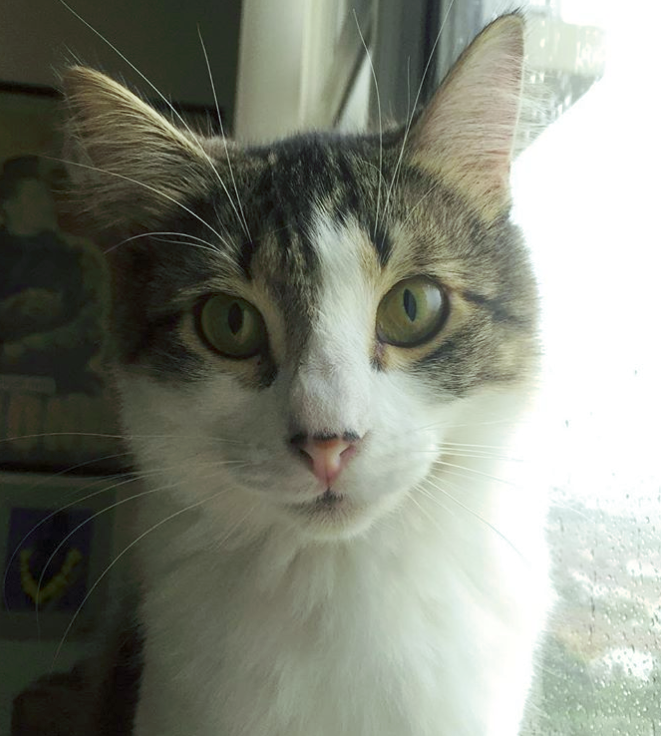 today, i'm going to talk about a stray i kept - miss fiona buttonz, aka lady fluffybottoms.

i met fiona in the spring of 2014 when coming home from dinner with friends - it was raining like crazy & storming out, and on the path behind my apartment, i heard a mewing.  there was a large blue storage bin on its side, and as i stepped a bit, i thought i saw something move - when i knelt down to see & put my hands out, something small literally jumped in them.  i'd take that something upstairs & dry her off, where she'd nervously try to avoid my dog Bones but fell asleep standing up, from exhaustion.

the next day at the vet, she would crawl into a bowl of wet food and literally eat her way out of it.  i was told she was just under 4 weeks old and that might have been her first real meal - she passed out again right after that, and i was warned she had an upper respiratory infection, and that i might not want to get too attached...but it was far too late for that.  i was certain anything bold enough to get my attention & choose me the way she did was a fighter.

i went with fiona cause i was watching a lot of adventure time then, and buttonz for the buttons on her nose.  she's possibly a manx (i still think she might be a kurilian bobtail!) but learned that said bobtail was likely genetic, and while it can mess with her balance at times, she hops like a bunny thanks to her cobby body & strong hind legs.  some describe her as "substantial". 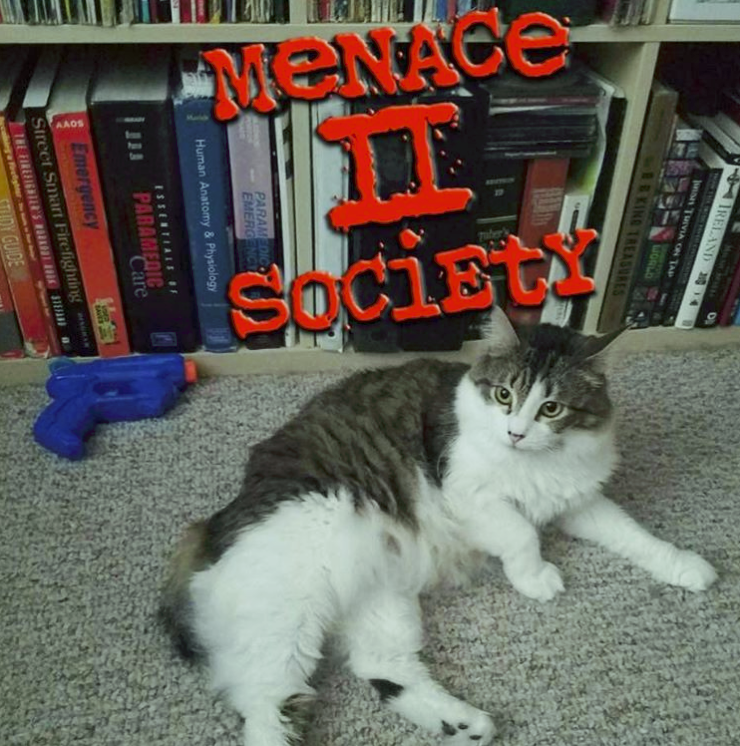 Fifi is unlike any other creature i've known.  she is both incredibly passive & tolerant of things, and tremendously willful at the same time.  in my years with her, she's loyally followed me about & shown so much more character than i'd initially known: though only about 6 months older, she helped me raise her little sister Elly (more on that one in a future post) - she taught her how to play, preen, use the litter & so much more, and is rewarded for this by being hunted daily.  during one of my worst sicknesses, she showed a lot of empathy by purring & rubbing me while i spent hours vomiting into my toilet.  if her little sister is afraid or not feeling well, she rushes up & does the same there.  i've obviously no idea if she was abandoned or what, but her maternal instincts are strong. 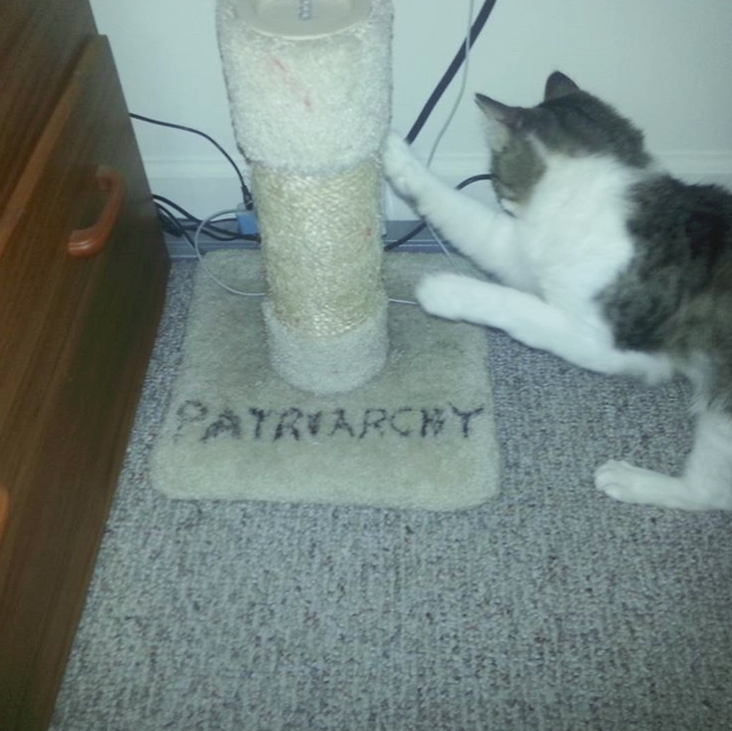 she is also quite political, but minds her views in mixed company

to date, donny is about the only other person she's accepted - and it took her the greater part of a year to come around.  fully illustrating that dichotomy i've mentioned, she literally cannot be deterred from making biscuits on her at anytime (sleeping or awake) now.  likewise, though slow to anger, i've watched her take too much bullying & pursue her attacker for several rooms relentlessly...until she remembers she needs to preen again, then forgets the encounter.

Fiona is a once in a lifetime animal, and i've been grateful ever since meeting her.  if you're on IG, feel free to check out #fionabuttonz! 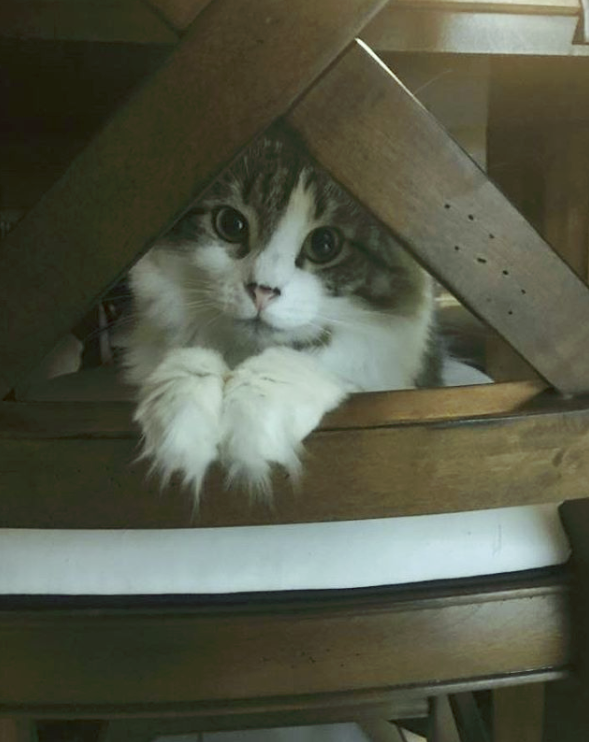 this is the one spot she hunts from, don't be fooled.